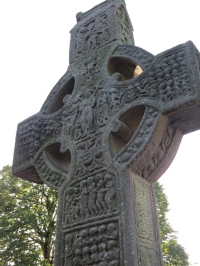 Oh, North America! You have a lot of things to answer for, least among them the secularization of St. Patrick’s Day. But one thing at a time. Really, you don’t have to be religious or Irish to celebrate the gifts Ireland’s bestowed upon the world. Being curious and engaged, though? That helps.

Instead of my regular rapid-fire Tuesday post, here are six St. Patrick’s Day swaps to help you make the most of today.